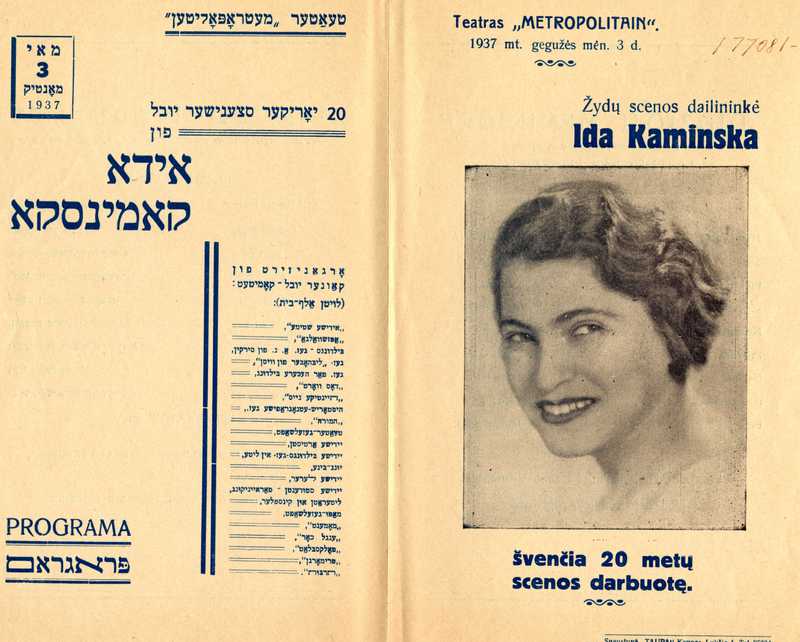 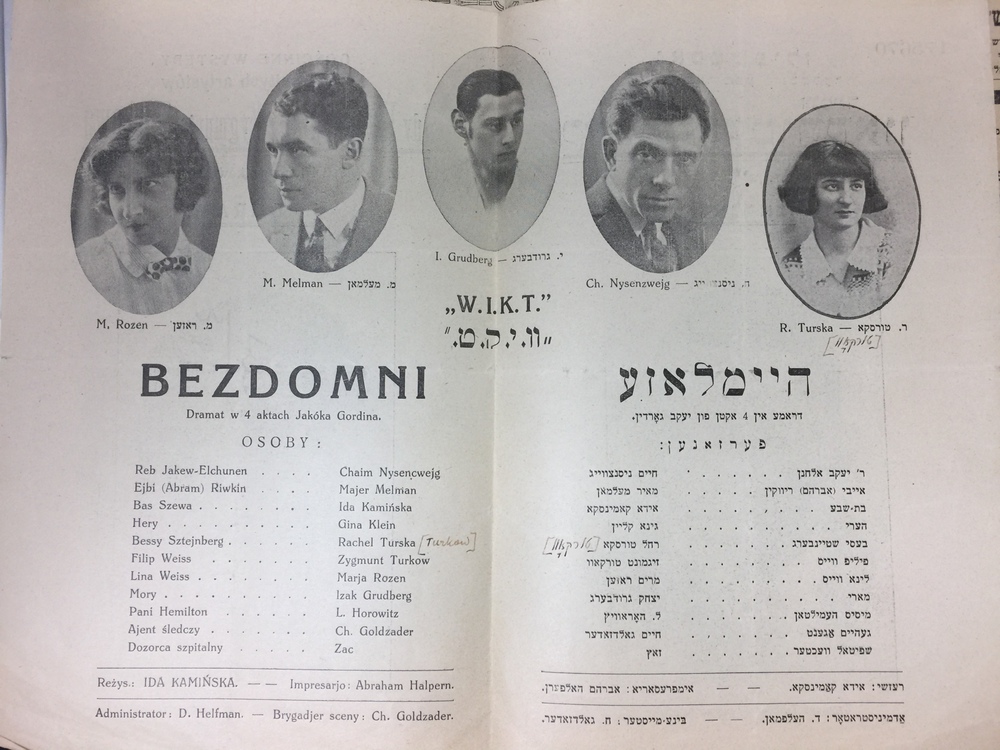 A program from a production of Homeless by Jacob Gordin directed by Ida Kaminska at the Warsaw Yiddish Art Theater. 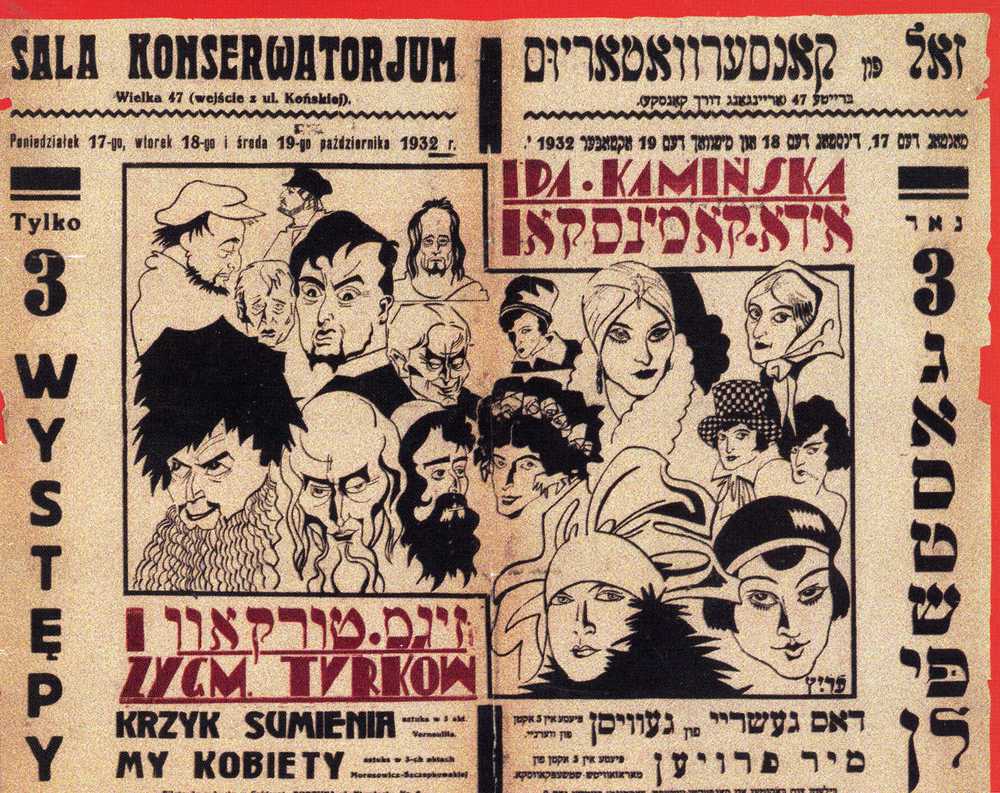 Although acting since she was a child, Ida Kaminska came of age as a director in interwar Poland. In 1918, she married the actor and director Zygmunt Turkow, a product of Polish theater schools.Together, they founded the VYKT (Varshever Yidisher Kunst Teater, Warsaw Yiddish Art Theater), which functioned on and off primarily during the 1920s. After her divorce from Turkow in 1932, she founded her own companies with which she continued to tour. The VYKT and its successors staged plays rooted in Jewish folk life, such as works by Sholem Aleichem (1859-1916) and Sholem Asch (1880-1957), but their central mission was to bring world theater to their Jewish audiences.