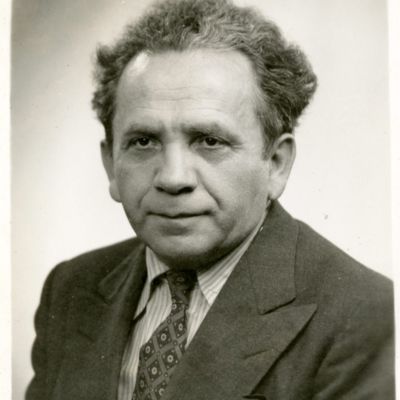 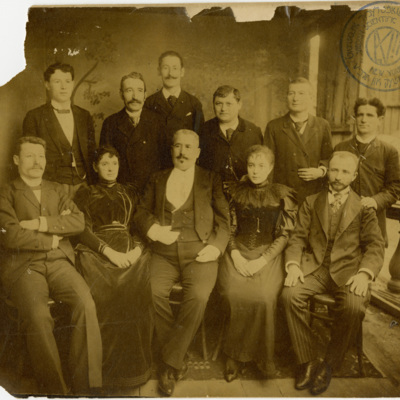 1926: Jubilee of the Yiddish Theater 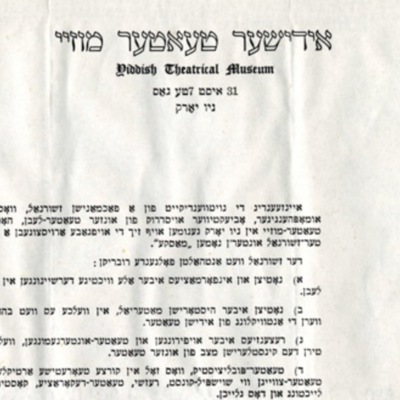 A Letter from the Theater Museum, NYC 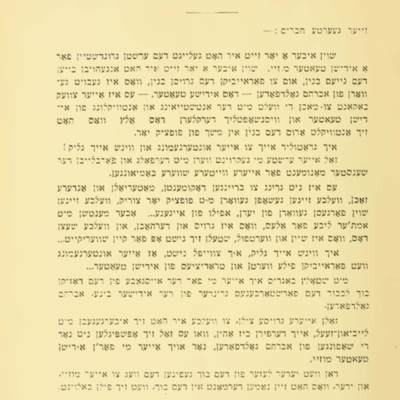 A Letter About the Theater Museum (1926) 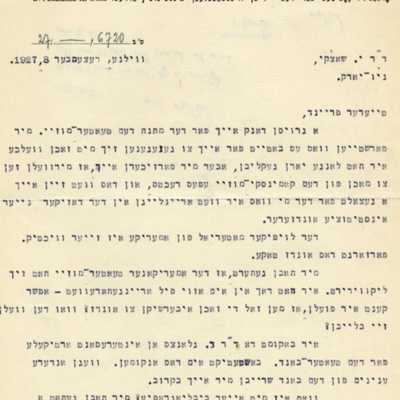 There is precious little surviving evidence of the "Yiddish Theatrical Museum" that apparently claimed a dedicated home at 31 East Seventh Street in New York City. We know, for instance, from a note written on museum letterhead that its most prominent founder was the historian Jacob Shatzky. It was Shatzky's own collection of theater ephemera that lay at the core of the museum's holdings. A book that Shatzky published in 1926 under the auspices of the museum includes a letter from the former actor Moyshe Teplitski congratulating Shatzky on the accomplishment of the museum and its future work as a cultural institution. The last known reference to the museum is in a letter to Shatzky that dates to 1927 from Max Weinreich, one of the founders of the YIVO Institute. It is the last item in the gallery. In it, Weinreich expresses condolences over the dissolution of the Yiddish Theatrical Museum. He also assures Shatzky that the documents that he had collected in New York will find a good home at the YIVO Institute that had just acquired the Esther-Rachel Kaminska Theater Museum and had recently transferred its contents from its venue in Warsaw to YIVO's headquarters in Vilna. Along with all he sent YIVO from the museum, Shatzky included these letters, last remaining proof that there was, however briefly, a Yiddish theater museum in New York City. YIVO integrated the materials from New York into its theater museum, The Esther-Rachel Kaminska Theater Museum, the subject of another gallery in this exhibit.

We can only speculate as to the failure of Shatzky's museum. Against the contracting business and cultural life of New York City's Yiddish theater, the shuttering of the museum was another symptom of the post-1926 decline.  Another factor, especially in contrast to the theater museum in Warsaw that lands in Vilna, is the relative engagement of its participants to Yiddish theater life and institutions, whatever the financial outcome. In New York, commercial considerations limited and shaped Yiddish theater life. In Poland, however, while there was never as much to gain financially, there was also little to lose in its actors and directors committing to the more artistic, the more politically-charged, and the less financially promising endeavor. And so they did. It is likely this aspect of Poland's Interwar Yiddish theater--its intensely committed community-- that may go the furthest in explaining its awe-inspiring creativity, which included its more successful theater museum. In any case, by 1927, the New York Theatrical Museum became the object of the world's second Yiddish theater museum.

Click through the gallery to learn more about the brief life of the New York Yiddish Theatrical Museum.