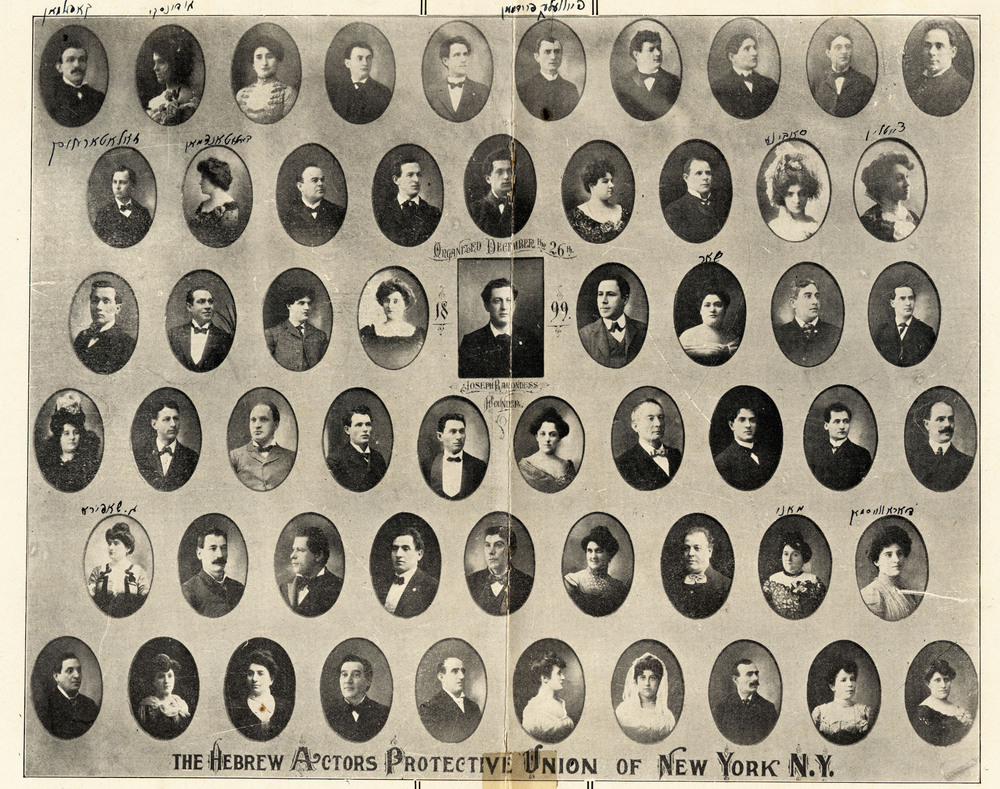 A portrait of the members of the Hebrew Actors' Union, 1899

New York’s Yiddish Theater and Its Museum | Next Section »