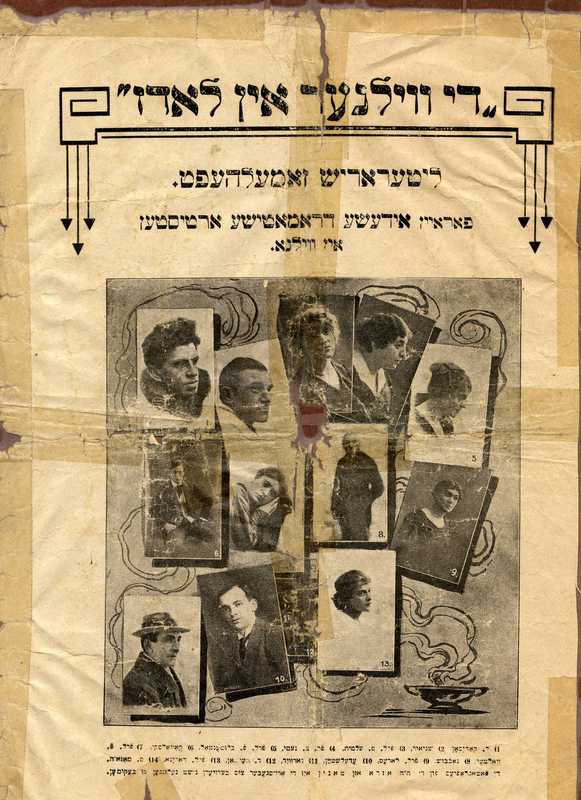 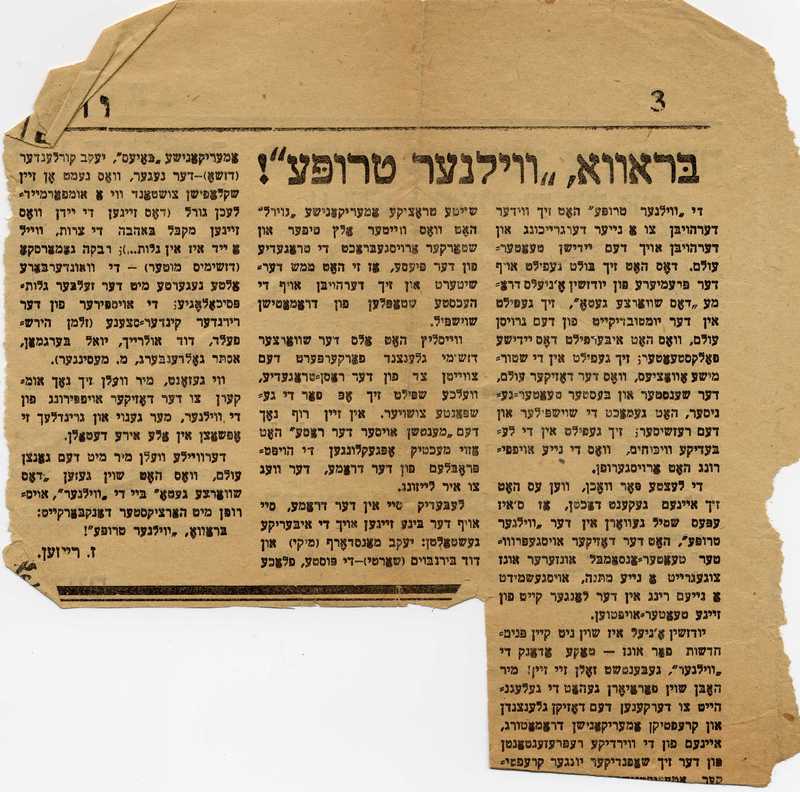 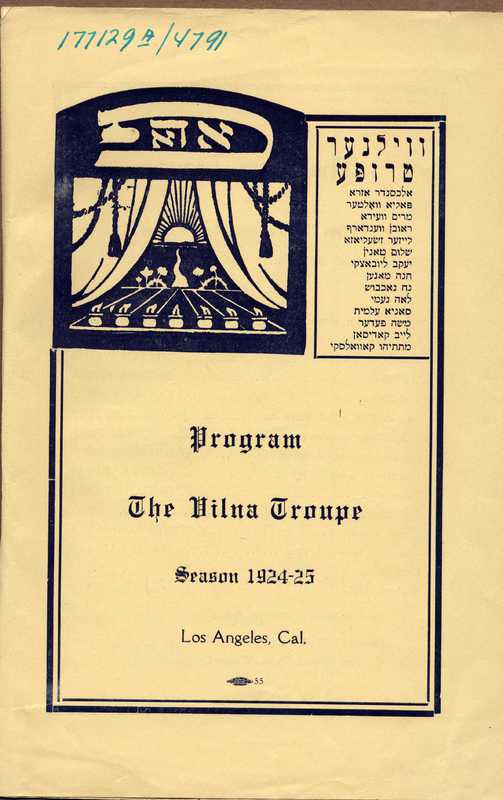 The Vilna Troupe was a network of theater troupes (of 250 actors) that grew from a single troupe (of 15 actors) that formed in German-occupied Vilna during World War One. It was one of a number of troupes during this period that sought to produce literary Yiddish theater instead of the melodramatic and commercial fare that drove the industry. The Vilna Troupe claimed the attention of some of the most important theater figures of its day including George Bernard Shaw, David Belasco, and Sarah Bernhardt. They were the first to perform S.Y. Ansky's The Dybbuk, and toured as many as sixty cities a year throughout the world.

While it appeared to be only one theater company on the surface, The Vilna Troupe was a constellation of multiple companies and hundreds of individual actors performing simultaneously under the same brand name. Troupes operating at the same time in different locales, all performing a virtually identical repertoire and all advertising their performances with the same iconic Vilna Troupe logo. Actors and directors routinely migrated between various branches of the company in order to resolve interpersonal quarrels or to negotiate better paychecks.

The company began in 1915 as a group of some fifteen young actors, but twenty years later the Vilna Troupe was a global Yiddish cultural institution that included about 250 actors performing simultaneously across Eastern and Western Europe, North and South America, sub-Saharan Africa, and Australia. Sometimes actors formally organized into discrete Vilna Troupe branches (there were at least seven between 1915 and 1935); other times, individual actors simply performed material from the Vilna Troupe repertoire, employed the logo, and advertised their shows as “Featuring __________ of the world-famous Vilna Troupe!” It was no wonder that spectators and critics alike were confused about who, what, or where the famous “Vilna Troupe” actually was at any given moment. In fact, the Vilna Troupe was everywhere that Yiddish theater was performed, and it included within its ranks nearly every major figure of the interwar Yiddish theater: Zygmunt and Yonas Turkow, Boris Aronson, Jacob Ben-Ami, Moyshe Broderzon, Rokhl Holtzer, Ida Kaminska, Henekh Kon, Mikhl Weichert, Avrom Morevsky, Jacob Rotbaum, and hundreds of others.

“THE VILNA TROUPE,newspaper coverage and program,” YIVO Online Exhibitions, accessed October 3, 2022, https://ataleoftwomuseums.yivo.org/items/show/2184.
Submit a transcription, translation or additional information on the song or the performer