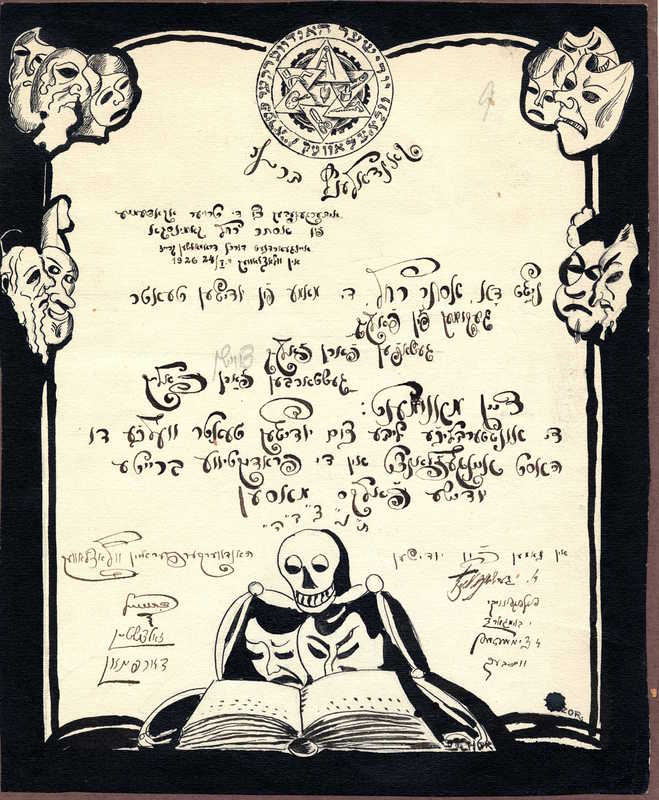 In My Life, My Theater, Ida Kaminska writes movingly about her mother's failing health and their final performance together shortly before Esther-Rachel died. In the play, Jacob Gordin's Mirele Efros, Esther-Rachel played Mirele and Ida,  her daughter-in-law Sheyndele:

During the second act I had to say to Mirele (that is, to my mother), "Do you think a person can live forever?" but I could not utter the final part of the question. I got as far as "Do you think..." but the rest of the line remained stuck in my throat, Seeing this, my mother did not let me finish and replied, "I know what you mean. Don't worry. I know that a person cannot live forever." At the end of the act my mother embraced me: "My poor sweetheart, you couldn't say those words. But don't worry. Everything is all right, and I feel well."

This was Esther-Rachel's final performance: she died from cancer at the age 56 in December 1925. The news of her death brought forth a flood of emotions in Poland, as expressed in this particularly elaborate hand-written and illuminated note of sympathy:


The Vlatslavek Handworkers' Union
Presented in commemoration of Esther-Rachel Kaminska, as arranged by the Vlatslavek Dramatic Union

Your monument is the love of Yiddish theater that you planted in the productive Jewish masses.

After she died, a death mask was made of her face, as was the fashion among celebrities. Her body was buried in Warsaw's Jewish cemetery with an elaborate monument created by the accomplished Jewish sculptor Joseph Rubinlicht. Only the gravestone of the great Yiddish writer Y.L. Peretz was bigger.

“The Death of Esther Rachel Kaminska,” YIVO Online Exhibitions, accessed October 3, 2022, https://ataleoftwomuseums.yivo.org/items/show/2167.
Submit a transcription, translation or additional information on the song or the performer