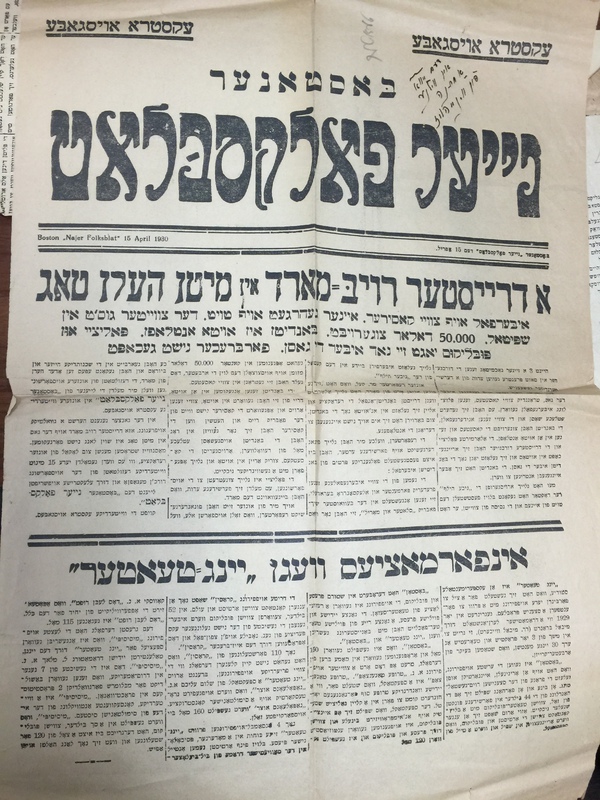 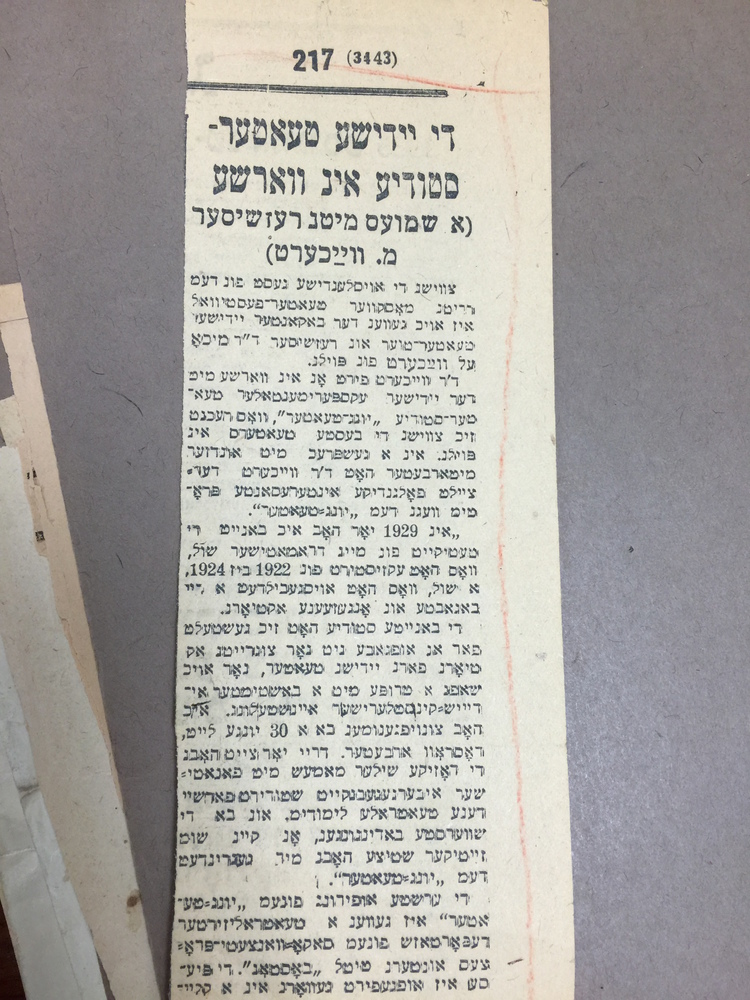 Young Theater was an experimental studio founded by Michał Weichert (see directors) in Warsaw in 1929 to teach theater to budding actors with working-class backgrounds. Weichert experimented with the staging of its works, especially in decentralizing it. He organized "stages" throughout the hall or venue and among audience members. He used lighting to indicated which stage the audience should pay attention to at a given time.

Below is an interview with Weichert clipped from an unidentified Soviet Yiddish newspaper in 1929. The occasion of his visit was a theater festival in Moscwo in which he and his troupe participated.

The Yiddish Theater-Studio in Warsaw (a discussion with the director M. Weichert)

Among the foreign guests of Moscow’s Third Theater Festival was the well-known director Dr. Mikhl Weichert from Poland. Dr. Weichert leads the Warsaw experimental theater studio “Young Theater” in Poland which ranks as one of the best theaters in Poland. In a discussion with Weichert recounts the following interesting details about the Young Theater. In 1929 I renewed the activity of my drama school which had existed from 1922 to 1924, a school that educated a gallery of talented and extraordinary actors. The new studio is meant not just to cultivate actors for the Yiddish stage, but also to create a troupe with a distinctive Jewish-Artistic approach. I brought together thirty young people, mostly from the working class. For over three years, these students have, with fanatical devotion studied various theatrical teachings.