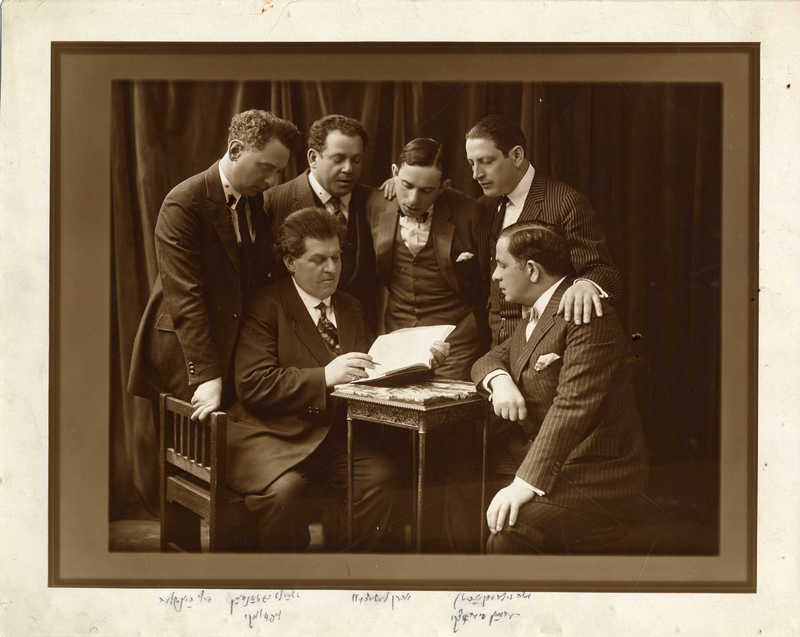 Lipovski [seated] surrounded by actors from his People's Theater. 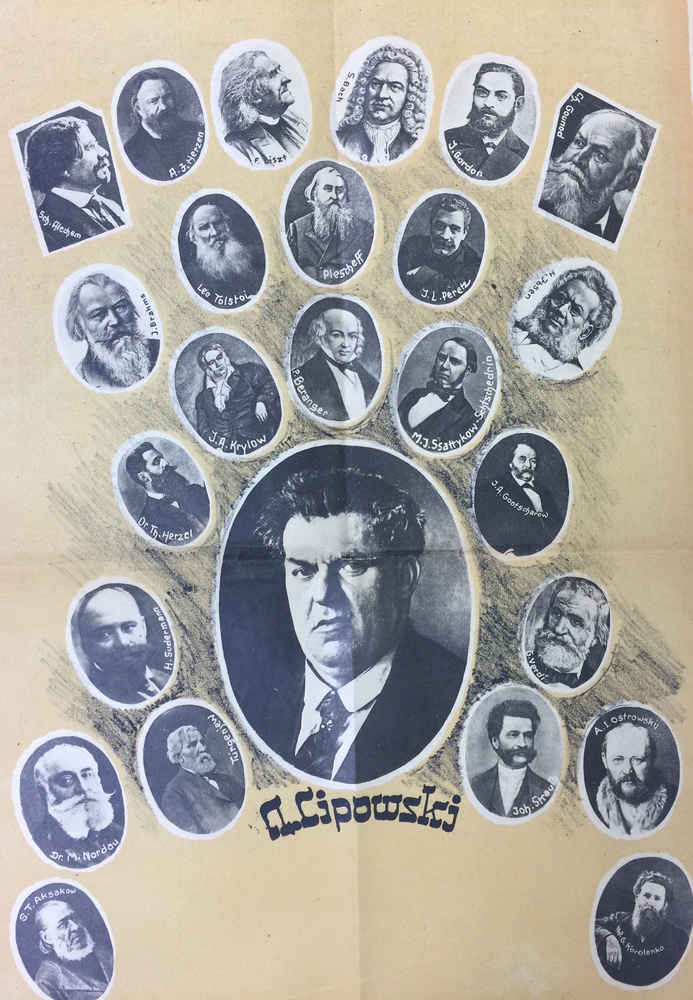 A poster of Nahum Lipovski surrounded by historical and literary characters who he played on stage, including Theodore Herzl (1860-1904), the Russian writer Alexander Ostrovsky (1823-1886), and the Italian opera composer Guiseppe Verdi (1813-1901). 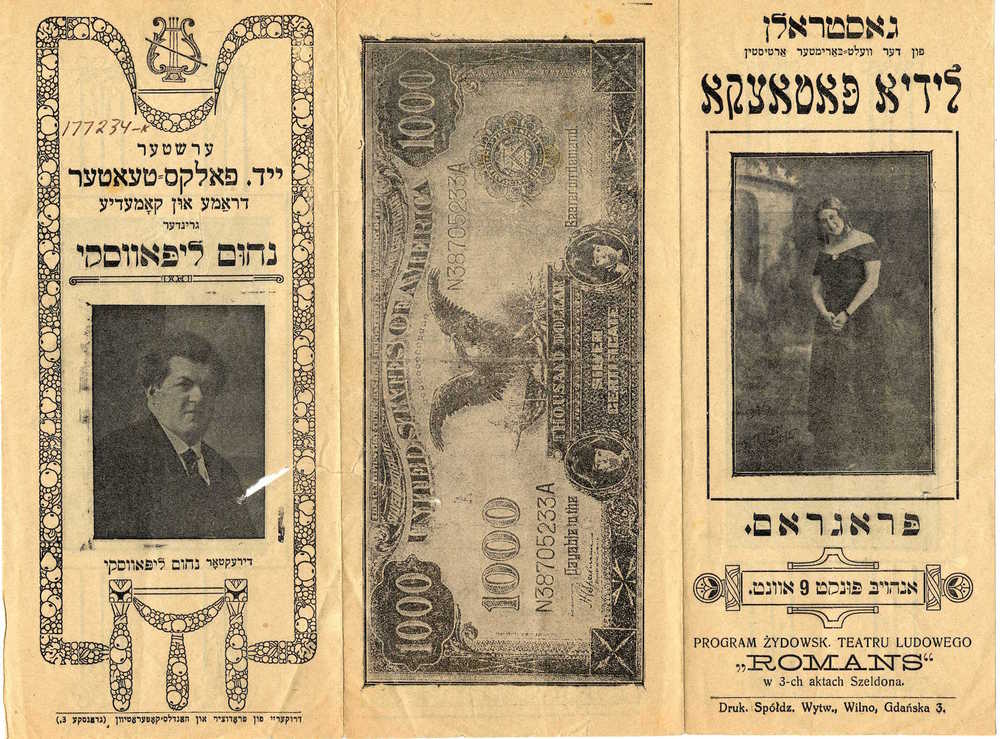 A program of a production of a Yiddish translation of Edward Sheldon's Romance, originally staged in New York City in 1913.

Nahum Lipovski was a celebrated theater impresario, master of multiple languages, and mathematical savant who energized the Yiddish theater scene during the many decades of his activity. He was born in Nesvizh, Russia to pious parents but was orphaned at the young age of nine. He learned in the Talmud Torah in Vilna, then in the yeshiva, and then taught himself worldly literature that lead him to study drama in Moscow.

In 1892, he fell in with Esther-Rachel Kaminska's wandering troupe and displayed his acting chops as well as a keen ability to manage the theater's business affairs. After completing his military service, he returned to acting. After 1900, Lipovski coordinated theatrical productions with Kaminska, as well as  other directors such asRudolf Zaslavski (b. 1886).

In 1904, Lipovski moved to Germany. Here, he worked in German theater and took courses at the Freie Universitat, where he discovered his exceptional skills of memorization. While he put his memory to use with a number of projects, including writing a perpetual calendar, Lipovski returned to Vilna and founded what he considered his most important achievement: his Jewish People's Theater ("Yidishe Folks Teater"), which offered Yiddish theater at a price accessible to the working class. There, he directed shows while also offering a venue for other Yiddish theater troupes. It existed until the outbreak of World War I, at which point Yiddish was deemed by the Russian military "a language of the enemy." However, it resumed after the war and continued to operate after his death in December, 1928.