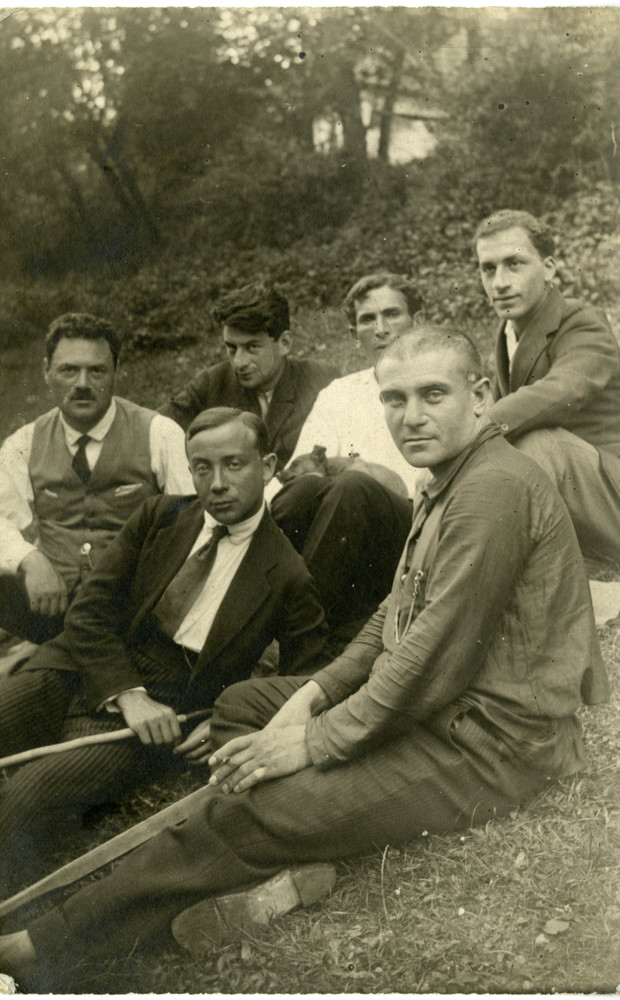 Above, Dovid Herman (seated far left with mustache) with an unknown group on a nature hike and below, a hand-made timeline of his shows. 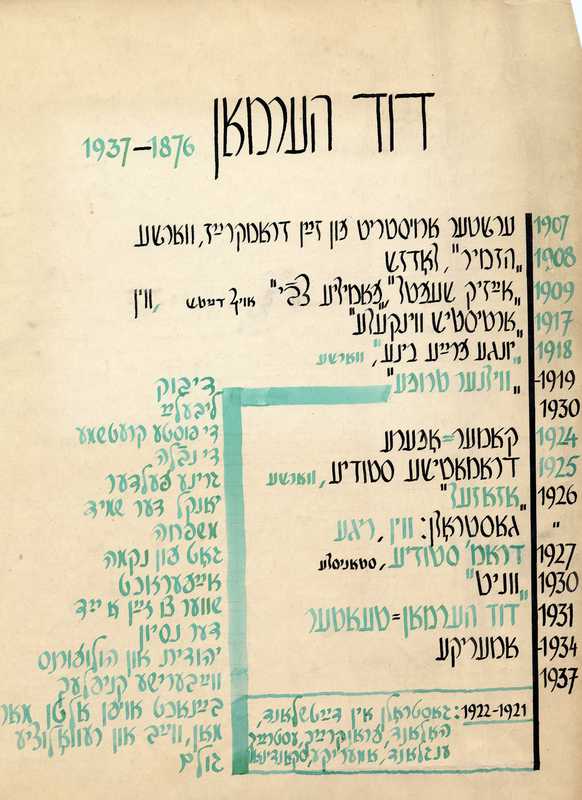 Dovid Herman was born in Warsaw, Poland, into a well-off Hasidic family. His father was an antiques dealer. He studied in religious primary school and in synagogue study hall, but at the age of fifteen he interrupted his studies and became an activist socialist. From 1906, he was active in the realm of improving Yiddish theater which, through his work over the course of thirty years, he established at the highest artistic level. In 1903 he organized a drama circle which, in 1907, staged Peretz’s It’s Burning (S'brent) and Sister (Shvester), Sholem Aleichem’s Mazl tov, and Sholem Asch’s With the Current (Mitn shtrom). He was also involved with Hirshbeyn’s theater (1908) as a director and actor. For a time he lived in Vienna where he, alongside the director Egon Brekher, organized a troupe and staged the works of Dovid Pinski, Asch, and Peretz in German.

After returning to Russia, Herman, together with Peretz and Dr. A. Mukdoni, founded the first Yiddish drama school in Poland. Over the years 1907-1917, he was a teacher of Yiddish language and literature and Jewish history in a Polish Jewish high school in Warsaw. In later years, he directed a range of fine dramatic works. Herman was instrumental in staging An-ski's The Dybbuk. His direction of it later became a standard part of the repertoire of the Yiddish and Hebrew stage. He was also the founder and, for a time, the director of the revue theater “Azazel” in Warsaw. He became especially well-known for his interpretation of Peretz's The Golden Chain (Di Goldene keyt). Herman died in 1937. His wife donated his extensive personal archive to the YIVO Institute shortly after his death.