Recovery of remnants of the Theater Museum Collection 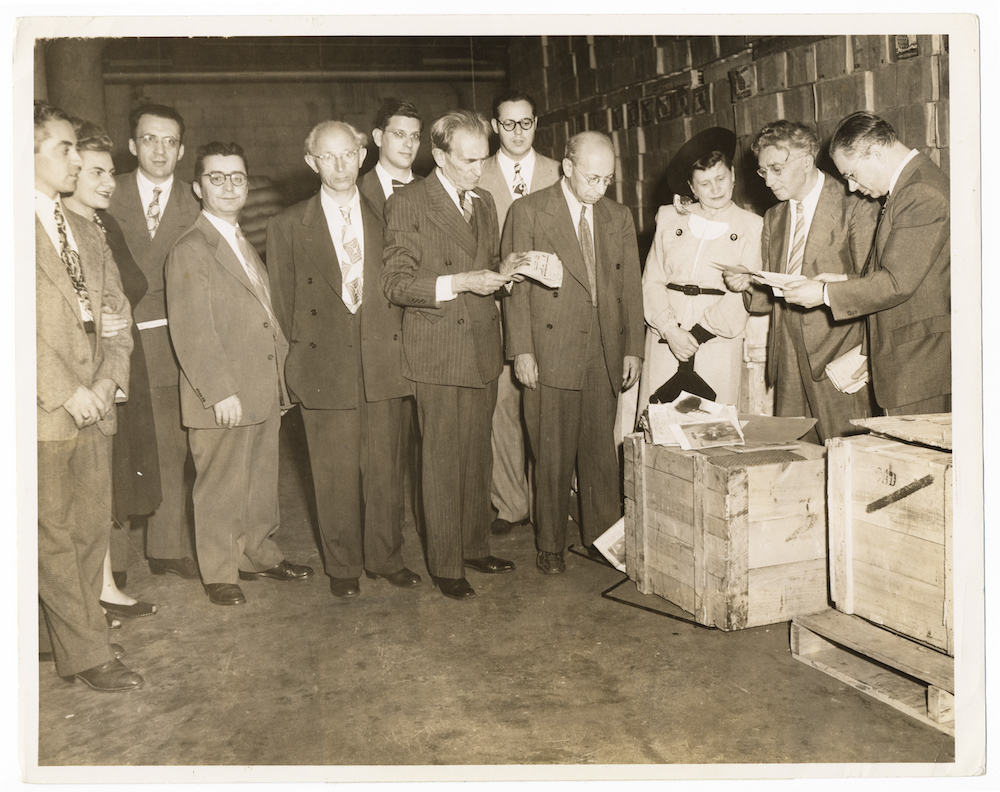 Recovery of remnants of the Theater Museum Collection

After discovering them in Offenbach, Germany, The American Army returned remnants of YIVO's looted archival collections. Among them were thousands of pages and other artifacts from the Esther-Rachel Kaminska Theater Museum. They were shipped to YIVO in New York in 1947.

As the granddaughter of Esther-Rachel Kaminska, Ruth Turkow Kaminska (1919-2005), recalls in her memoirs, I Don’t Want to be Brave Anymore:

It was in Vilna, too, that I had emotional experience of a different kind. I happened to be on hand when the buried treasures of YIVO, the Yiddish Institute of Research, were dug up. Just before the Germans had moved into Vilna, people had taken the trouble to hide documents, books, and artifacts of their cultural heritage, so that it would survive even though they would not. As I watched the excavation I was handed carefully wrapped documents and mementoes of my own family; the Institute had had a collection devoted to my grandmother and some of it had been among the things buried.

“Recovery of remnants of the Theater Museum Collection ,” YIVO Online Exhibitions, accessed August 13, 2022, https://ataleoftwomuseums.yivo.org/items/show/2203.
Submit a transcription, translation or additional information on the song or the performer