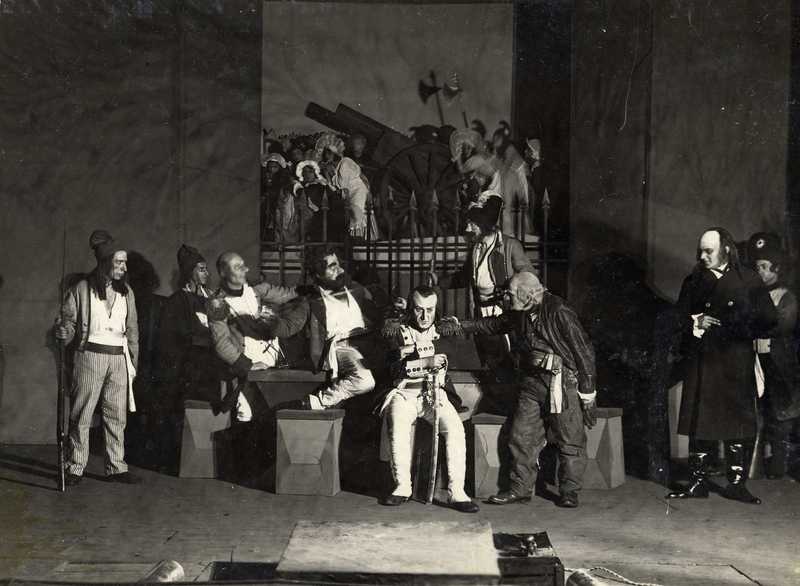 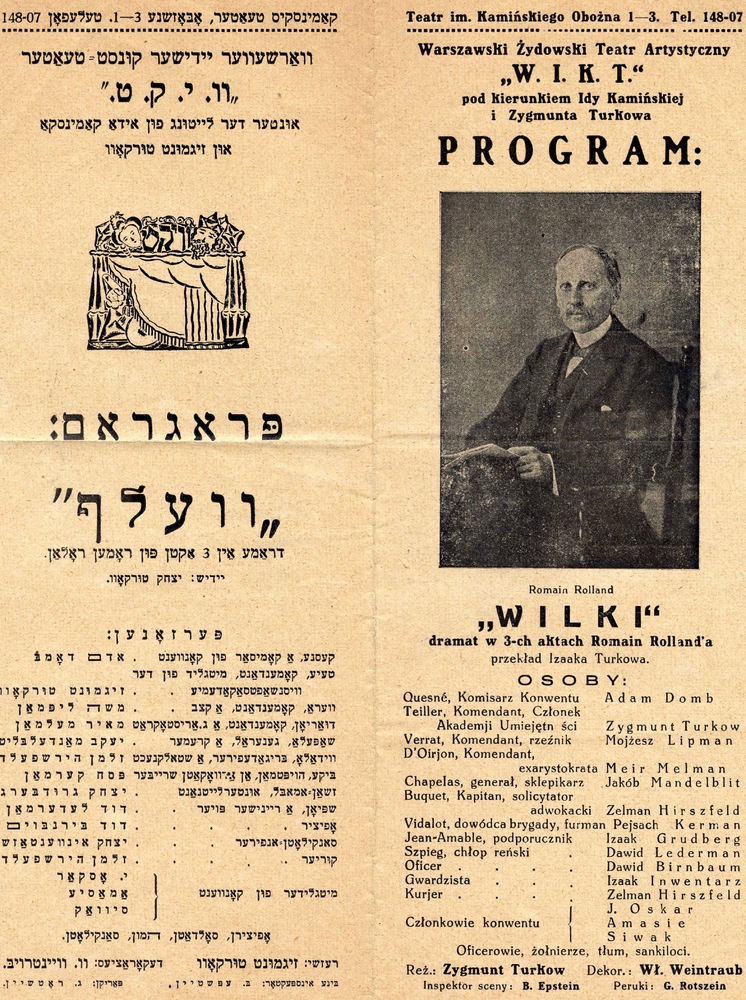 Zygmunt Turkow translated, staged, and acted in a Yiddish version of The Wolves by French writer and Nobel Prize winner, Romain Rolland (1866-1944). Rolland was a significant influence on participants of the Interwar Yiddish Art Theater. He was an outspoken pacifist, a Communist, and also an important force in the democratization of the theater.


With The Wolves, Turkow sought to create epic effects with his staging by layering simultaneous action in the foreground and background. He deployed lighting and shadow to create the effect of crowds on the stage and the unfolding of history.

“The Wolves, Romain Rolland,” YIVO Online Exhibitions, accessed August 13, 2022, https://ataleoftwomuseums.yivo.org/items/show/2130.
Submit a transcription, translation or additional information on the song or the performer